My first ever libre software gettogether was GIMPCon in 2000. The location at the CCC gave it the proper underground vibe. That gathering later became what is now Libre Graphics Meeting when the GIMP and Scribus folks thought there’s some possible synergy to benefit from. It may sound like a little blasphemy for a GNOME person to say LGM is my favorite conference. I dig GUADEC for its mix of developer and user oriented talks and workshops, but at LGM this synergy seems to be working even better. There’s probably a trend towards attracting more designers than engineers, and I don’t know of a tech conference where there’s pretty much 50:50 gender mix (perhaps in Madrid there were more women than men even). 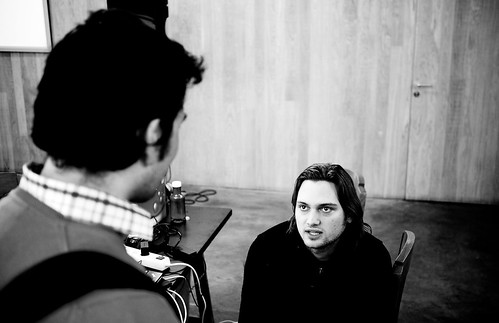 I want more conferences or gettogethers like this. Feedback from an animator struggling to finish a task is million times more valuable than online polls asking for a feature that exists in other tools. Small community projects struggle greatly with focus and motivation. These user<>developer sessions should not mean folding every single suggestion into Inkscape feature and SVG spec, but seeing tools used is the best we have for user testing. 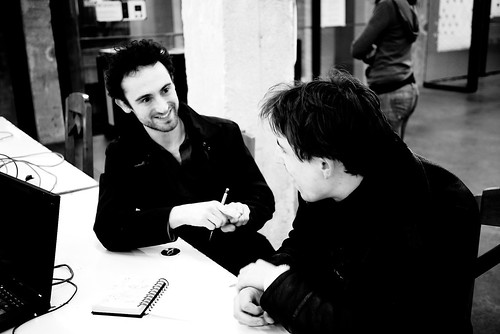 There were some humorous mailing list like moments too (I hope video archives will be posted, the sessions were recorded). We had a nice example of miscommunication between Boudewijn and Mitch during the GIMP Q&A, but there is room to turn that “but printing spot colors is way more expensive than CMYK, stop ignoring your users” to “it’s the actual workflow, retaining control over individual channels during the process, that makes CMYK a subset of stop color process, the output/print process remains the same.” when talking off a mailing list. People sometimes need to talk face to face to turn those faster horses into cars. I have lost all faith in non-technical or controversial topics ever resolved on a mailing list.

I also really enjoyed the “get your hands dirty” sessions such as David Revoy‘s Krita speedpaint workshop that are the carrot-at-the-end-of-the-stick for potential new designers giving libre graphic toolchain a go. Seeing amazing art created with our tools is an amazing motivator that allows to overcome some bumps on the way and actually find strength to find unfamiliar solutions or actually bite the lip and start the dialog with the developers (it’s harder than you think). I don’t think my painting skills will improve any time soon, but the workshop did expose a significant omission from the Wacom settings for non-screen tablet users. It felt the Krita developers are on a good course working closely with David to shape the tool and getting amazing promotion and an actual product in return, in a similar way the open movie projects dramatically improved the quality of Blender. 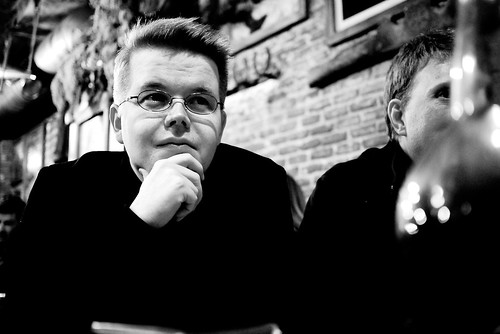 A significant number of talks related to type. Ben Martin and Dave Crossland presented the collaboration features of the new Font Forge. This sounded really intriguing for me, because a lot of the design process is tedious and horrible and things like metrics are a torture that I found much more bearable when we did it with Patrys the other day.

Ana and Ricardo made me feel guilty about never finishing or publishing some of my fonts, because I felt they are too raw but then never gotten to finish them. They mentioned their new foundry and some utilities like the autospacer, giving you a template workflow rather than starting from the dangerous and feared blank slate.

If you ever needed some hand holding for designing your own type, Dave pointed out an extremely nice guide to me.

I gave a short talk on the work we did on Getting Started, but in an expected way was dragged away before I could show some guts of the project. As there’s been interest to see behind the scenes more, I’ll try to blow the dust off the design team youtube channel and do a screencast.

I really had a blast seeing everyone again, and came back with a list of things to do and also the energy to do so. Big thanks to the organizers and in particular the GIMP folks for their continuous support of the event.